#DailyWings: ʺBreak a vase, and the love that reassembles the fragments is stronger than that love which took its symmetry for granted when it was whole.ʺ -Derek Walcott

Normally, I don’t post two lifestyle articles under “The SELF Diet” in a row, but I’m hosting a Valentine’s-themed blog series for the next week in honor of the holiday.

In the past, I’ve emphasized that Valentine’s Day is about all kinds of love, not just romantic. And I still 100% stand by that belief. Although I’m featuring a Valentine’s Day gift guide today, next week I’ll be sharing “date ideas” for couples as well as friends, siblings and families who just want to spend quality time together on a holiday about love. For the sake of inclusion, I’m going to use the term “partner” instead of “boyfriend” or “girlfriend” when referring to general romantic couples. I might even throw in “significant other” once in a while, just to mix the verbiage up.

Despite being a big fan of romance, I’ve never really liked traditional Valentine’s Day gifts. Flowers, chocolates and teddy bears just aren’t practical. I used to wish for flowers all the time because of the romance factor. But then, one day, my previous ex-boyfriend showed up with a $60 bouquet of flowers (that eventually wilted after three or four days), and I realized I would have been just as happy – happier, even – with a new book, a dinner for two or something else that was more useful.

If you haven’t gotten your partner a gift for Valentine’s yet, there’s still a lot of time left. But instead of going for the generic box of sweethearts candy and a balloon, here are a few other gift ideas that are more personalized and functional, and that you can enjoy, too.

1. For the Literary Nerds: Book of Shakespeare sonnets

When Andrew and I first started dating, he would quote Shakespeare to me *all* the time. I thought it was the cutest thing (especially since he’s an English major and I’m a writer and we’re both lovers of all things literature.)

Anybody who enjoys good poetry* will appreciate a book full of it. Shakespeare’s sonnets as a Valentine’s Day present is about as cheesy as it gets, but there’s nothing better than the gift of art. Reading together can also be an intensely romantic pastime. Just imagine it – once springtime rolls around, you can take turns reading the poems to each other underneath an
apple tree.

*Fun Fact: There exists a phrase, “waxing poetic,” which basically means spilling word vomit filled with hearts and luuuuurv. Did you know that? I didn’t know that. I only learned it yesterday!

2. For the Animal Lovers: A Ball of Fur or Cute Critter.

Meet David and Little Cloud, my adorable red-eared slider turtles of nearly five years! They weren’t a Valentine’s gift, but Andrew took care of them for two months last summer when I was in China. They love him, too!

If you know your significant other has been dying for a pet (and has the time and resources to care for one), just buy him or her a pet for Valentine’s Day. Or, if you want to make it a surprise, go window-shopping at Petsmart or visit the pet shelter together, making it an excuse to look at the cute animals and fantasize about having your own dog or cat. While you are there, ask your partner what sort of pet would be ideal. Don’t make it too obvious. Make a question game out of it. Notice if your partner is taking an extra long time to play with one of the dogs or look at the gerbils. Then, come back later clandestinely and buy it.

I won’t say pets are “useful,” because that commoditizes them into things rather than living creatures. But they make a thoughtful present and won’t be easily forgotten, especially now that you both will probably see the pet every day. If you’re cohabiting, you’ll have to take care of the pet together, which will certainly be a new experience for you as a couple. Best of all, though, you’ll be giving your partner the best gift of all: a new friend for life.

3. For the Foodies: “Try the World” Subscription Gift Box 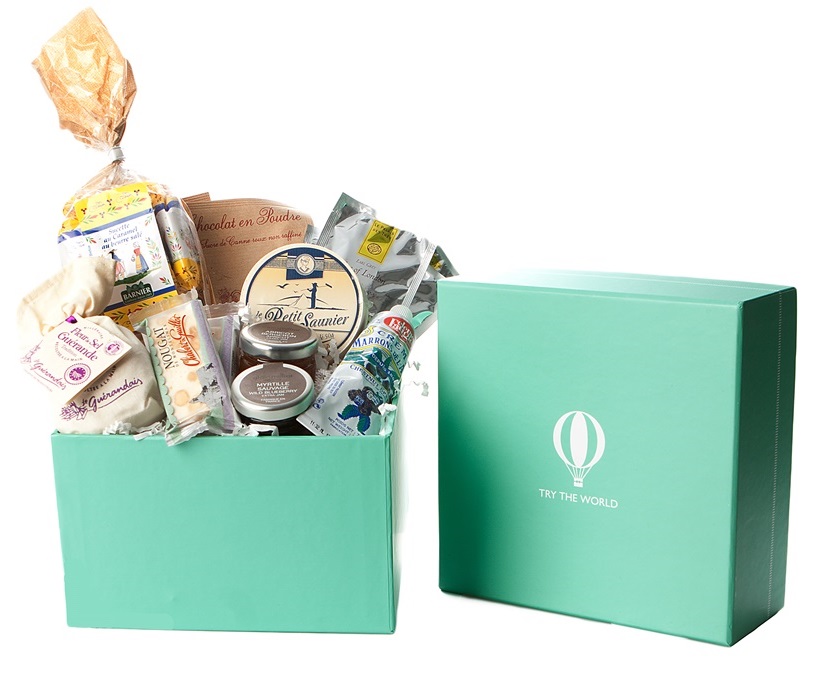 Try the World is a bi-monthly food subscription box that contains snacks, teas and other tasty morsels from various countries. The idea is that you get to “travel” the world through culinary experiences.

I made a huge deal out of my Christmas present to my sister Hope back in December. I kept teasing her with hints for the longest time, until the package arrived at her doorstep. It unfortunately came after Christmas Day had passed, but that didn’t stop her from getting excited. I got her the “Try the World” gift box, the holiday edition. If you don’t know what Try the World is, it’s a bi-monthly food subscription box that contains snacks, teas and other tasty morsels from various countries. Every “themed” box is curated by food experts from a specific country. The idea is that you get to “travel” the world through culinary experiences.

Subscription boxes are all the rage now. I, myself, am subscribed to Ipsy, a monthly beauty subscription. A few other popular boxes include The Cozy Mug (tea box), Starbox (Starlooks makeup box) and Graze (healthy, nutritious snacks).

If your partner specifically enjoys traveling and dining, though, “Try the World” is the perfect gift. Wait.

What the heck am I saying? ANYONE would love it!

4. For the Long-Distance Couple: Completed Journal

What some people don’t know about me and Andrew is that we started out as a long-distance couple. Though we’re located in the same city now, we’ve had to do long-distance at least three times, including two long summers. Right before Andrew left for his internship in Mount Vernon one summer, he gave me a beautiful notebook made from elephant paper and
leaves (!).

Though we kept in touch almost every day while he was away, I used the notebook to chronicle the more minute details of my days as they passed by one by one. I recorded my memories of our relationship thus far and how much I missed him. Then, I decorated every few pages with gold confetti stars, pressed flowers and other symbolic ornaments. I gave it back to him when he returned. At first, he was confused upon receiving the notebook he’d given to me a couple months ago. But when he opened it and realized what I’d done with it, he loved it.

This gift is great to make if you have strong emotions but tend to express them better through words. You can write journal entries as if you were writing to your partner, as if he or she were right there with you. Your partner will appreciate how much time and effort you put into it when you get together for V-Day (or you can mail it if the distance is too great for a reunion).

Oh yeah…given that Valentine’s is just over a week away, I’d start filling a notebook out now. 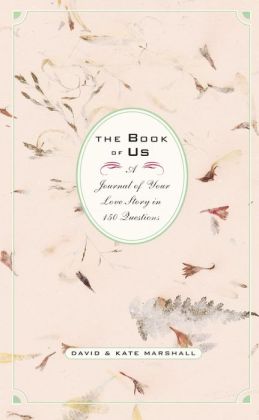 This gift is very similar to the first one, except you buy it first and then fill it out – as a couple. I gave one to Andrew for our two-year anniversary at the end of January. The memory book I got, “Truly, Madly, Deeply,” can be found at Barnes & Noble and retails for ~$15.

If the cover makes you want to vomit, however, there are myriad couples’ memory books you can choose from. I merely went with this one because I asked Andrew, “Would you rather have a mildly cheesy gift or a gift oozing with melted sharp cheddar cheese?” (or something like that, anyway) and naturally he chose ooze.

Besides the cheese factor, consider what relationship stage you’re in. Are you married with kids? You might want to go with the “The Book of Us,” which covers everything from the how you met and the first date to house hunting and retirement. But if you’ve only been together one or two years, “Truly, Madly, Deeply” focuses a lot on the present and future – what you’ve been through, what your relationship is like now and what you’re excited about for the future.

6. For the Starbucks Lovers:

And, finally, there are the Starbucks lovers. If you’re reading this section, it’s either because you love Taylor Swift (don’t worry, you’re in good company) or because you actually, really, truly are a lover of Starbucks. Just to be thorough, I’m going to provide you gift ideas for both.

For the unapologetic coffee drinker, you can’t go wrong with a Starbucks e-gift card. But there are more interesting, creative options as well. Did you know that Starbucks has a secret menu? That’s right – if you know the name and the ingredients of one of their secret drinks, the barista will make it for you! Andrew took me to Starbucks a few months ago, and bought us a Butterbeer Frappucino each (I mean, we’re Potterheads, so of course we got that). It was pretty darn sweet, in every sense of the term.

For Swifties, get your partner the 1989 Album (unless he or she already has it) or some T-Swift merchandise or even two tickets to see her in concert (go big or go home, right?). And, of course, Every Swiftie needs one of these shirts: